My Father and Nature by Li-lan

Hello. I am going out to buy cigars and cigarettes.

On weekends, when I visited my father at his studio on East 10th Street, New York, one of his myna birds would greet me with these words, in a Chinese accent, mimicking my father.

The birds’ cages would be open with small ladders so they could jump down to the floor and roam around the studio.

I visited my father most weekends. I was merely two years old, as my parents separated, then divorced. His various birds were his beloved friends, and were given free rein to jump, roam, walk, and fly around his studio. He would even take one of his mynas to Washington Square Park on walks, with a little chain around one leg. He adored his birds. 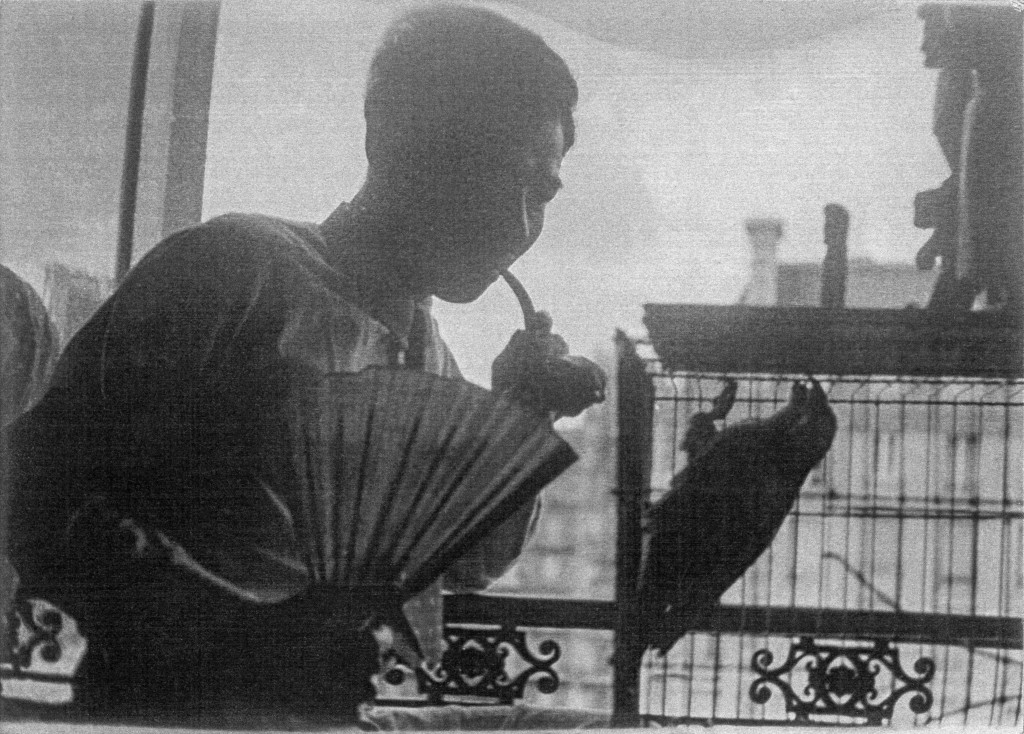 His studio was quiet, except for the chirping or talking of his many birds. At times I was afraid of them, so I would sit in a chair by the window of his 5th story walk-up, usually reading a book, trying to make myself as small as possible to allude the birds. I never picked up his habit of speaking to the mynas. While I was there, my father would paint, or restore a painting for a client. This was extra work to help make a living, since he was very, very poor and every penny counted. 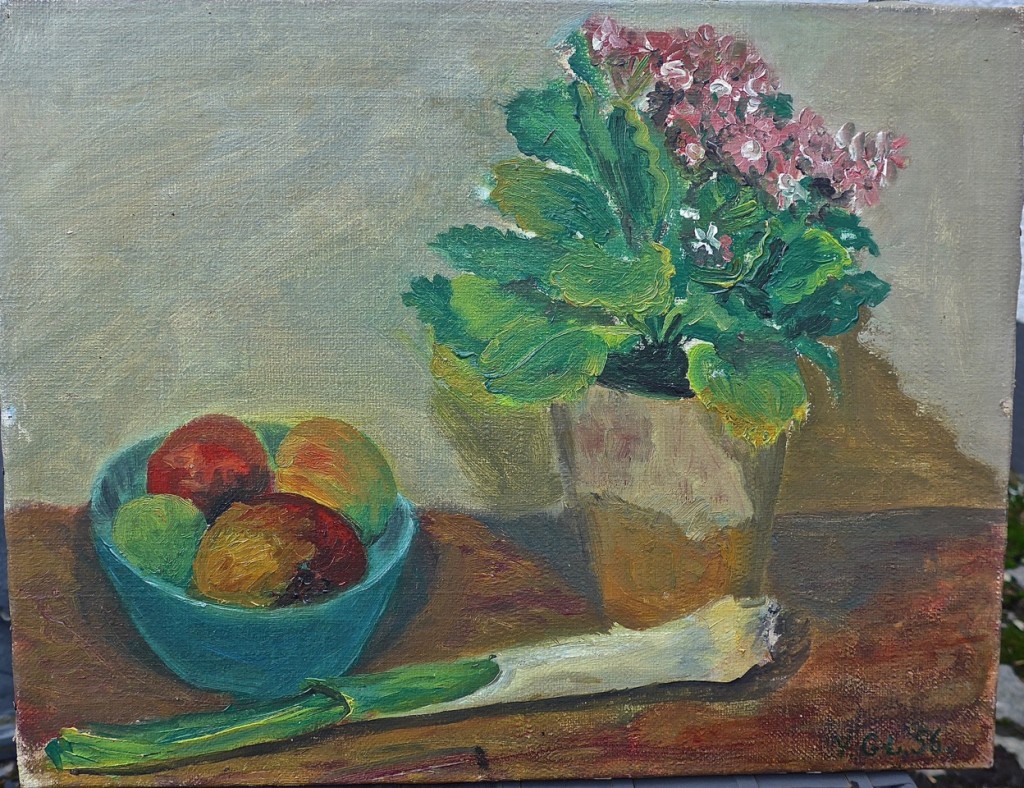 Yun Gee and Li-lan collaborated on this painting in 1956

I always felt so sad in his presence. Even as a young child, I was touched deeply by the hardships of his life, although he did his best as a father, cooking me chicken feet soup, taking me row boating in Central Park, or bringing me to the Bronx Zoo. I was happy at those times.

I did, and still do, share his love of animals. When I was sent to camp some summers, my father would write to me. Though so long ago, I remember his letters, telling me about how I should love and appreciate the nature around me, the animals and birds, in the country. My father’s words have remained with me to this day, as well as a deeper understanding of him and his beautiful art.