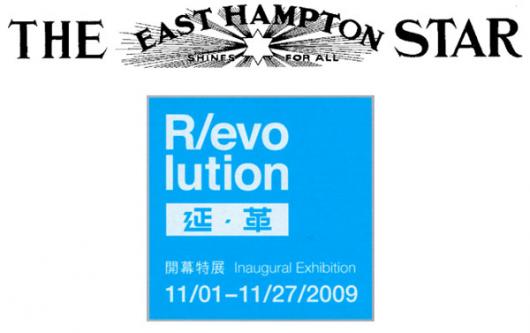 Li-lan, a Chinese-American artist who has maintained a studio in Springs since the early 1970s, has work in an inaugural exhibit called “R/evolution” at the newly expanded Tina Keng Gallery in Taipei, which opened on Sunday [November 1) and can be seen through Nov. 27.

Her father, Yun Gee, a well-known modernist painter who developed a name for himself in both New York and Paris, exhibiting at the Museum of Modern Art in 1932, just a few years after the museum was founded, will also be shown.

Li-lan had a solo exhibit, “Reflections of Kaidan,” in the spring at the Jason McCoy Gallery in New York City that was curated by Carter Ratcliff, an art critic and contributing editor to Art in America. The show’s title refers to kaidan, a combination of two Japanese words: “kai,” meaning a strange, rare, or bewitching apparition, and “dan,” which means talk or recited narrative.

The artist first exhibited with Tina Keng in 1995 will have a solo show there in the spring.