Filling In Between the Artist’s Lines
Helen A. Harrison
New York Times
March 8, 1992 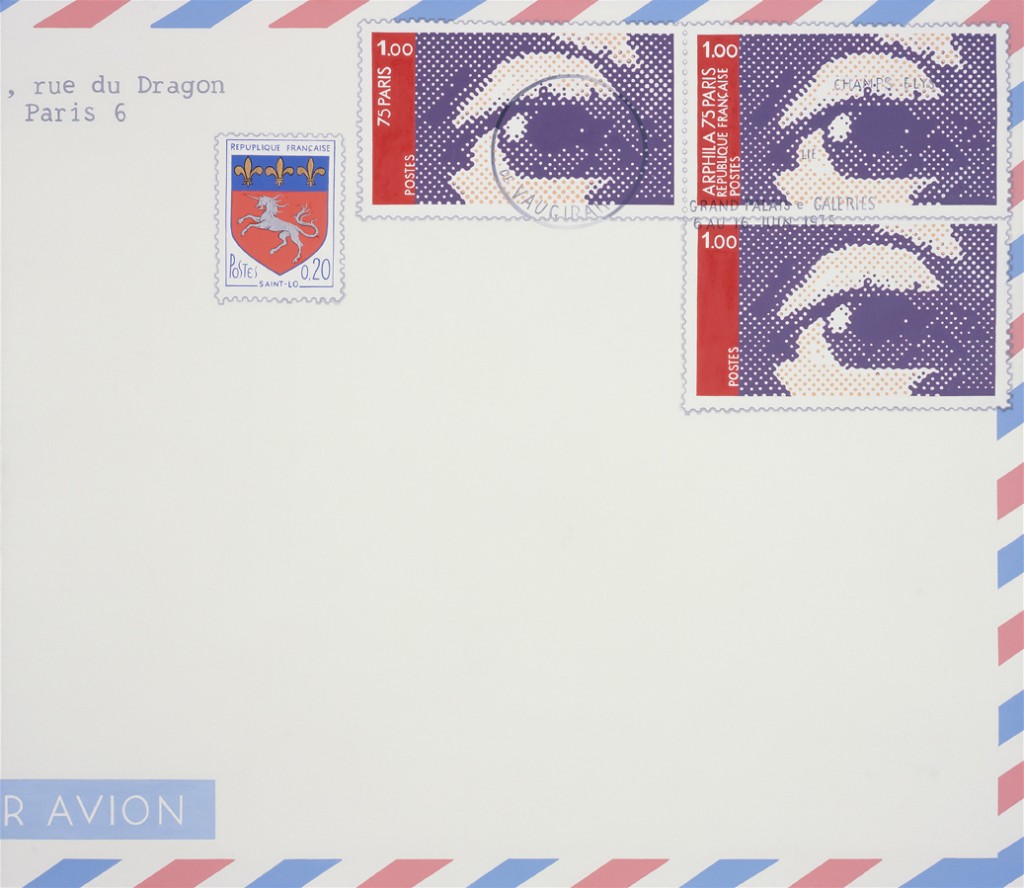 With the subject matter of printed forms, postage stamps and composition books, the paintings and drawings of Li-lan have obvious affinities with Pop Art. Formally, their gridded structure and reductive imagery imply that their esthetic basis is minimalism. Nevertheless, the artist really belongs to neither camp.

“Correspondence Between the Lines,” provides a retrospective look at Li-lan’s development.

Her earliest works on view are studies of composition books that she painted in 1982. The Pop artist Roy Lichtenstein dealt with the same subject 20 years before, but his approach and intent were quite different.

Mr. Lichtenstein drew a sarcastic analogy between a composition book’s abstractly mottled cover and “all-over” abstract painting. He used the word “Composition” on the cover as a further gibe at the seriousness of high art, and figuratively closed the book on the subject.

In Li-lan’s work, the book is open, with its cover shown only as the border that frames its pages. The ruled sheets are blank, waiting to be filled. Although its geometric and linear elements are manipulated into a satisfying visual arrangement that can be enjoyed independently of the subject matter, there is also a strong implication that the book itself is a presence to be reckoned with.

Like all of Li-lan’s raw materials, the notebooks are familiar everyday objects that recall or suggest various kinds of common human activity. They are not, however, symbols of popular culture the way a Warhol soup can or an Oldenburg lipstick are. They are presented in a detached way, but not with the ironic detachment of the Pop sensibility.

Instead, the viewer receives implicit instructions to fill in mentally the blanks left by the artist. Sometimes the directions are more overt, as when forms are stamped with notices to “Pay” or “Reject,” and they can have humorous overtones. Our natural aversion to completing forms and complying with impersonal rules may come into play, arousing an emotional ambivalence that runs counter to the imagery’s calm, reassuring regularity.

Thus the grid and line patterns are not simply formal devices, nor are they the manifestation of purely artistic concepts, as in minimalism. This fact becomes more evident in Li-lan’s pictures of postage stamps, which she began drawing and painting in 1986.

In addition to being extremely familiar, the stamp is a kind of cultural icon that reflects aspects of national identity and values. Yet, however resonant each individual image may be, stamps, when seen in unbroken sheets, take on an abstract character that is reinforced by the repetition of identical units and the grid created by perforations.

To emphasize this dichotomy, Li-lan renders fragments of the total image in a kind of visual shorthand, leaving many blanks for the viewer’s imagination. In addition, she often tinkers with the color scheme, numbering and other standard elements, introducing subtle variations to the uniformity inherent in stamp printing.

This is a clever, understated way of pointing out the diversity within national identity and character, no matter how homogenized they may appear on the surface. By deconstructing the official image, for a stamp is nothing if not official, the artist allows us to redraw it mentally.

Stamps also allude to communication, and it was perhaps inevitable that Li-lan should move from unused sheets of them to the canceled stamps on letters. Like the stationery in her earlier works, the envelopes and aerograms in her more recent pieces are in themselves blank forms that take on significance only when they reflect human involvement.

The artist has achieved a conceptual breakthrough in the envelope series of the last three years, for, unlike the empty notebook pages and order forms, these pieces of paper are full of information. We are by no means privy to their whole story, but receive tantalizing glimpses of a world of correspondence that reaches beyond national, racial and cultural boundaries.

rue du Dragon, for example, features three striking French stamps with staring eyes enlarged from a halftone reproduction. The pattern of the halftone dots is clearly visible, abstracting the image and reminding us of its printed source, yet its innate power is undiminished.

In the painting, the stamps themselves are greatly enlarged, holding the viewer’s attention with hypnotic intensity. As the “mirrors of the soul,” the eyes promise revelation and insight, implying that the letter in the envelope is a document of similar intimacy and frankness.

Because Li-lan’s source material comes from her everyday surroundings, her works all have some degree of autobiographical content, although it is largely masked by the impersonal nature of the imagery. In the envelope series, however, we sense that the artist is drawing aside the curtain, allowing a greater measure of her personal history to assert itself.

That is especially true of The People’s Republic: 50 Yuan, taken from an envelope sent to her by Chinese relatives whom she met for the first time 12 years ago. The juxtaposition of a stamp showing a tractor with one picturing a flower seems an especially poignant reminder of the harsh realities of rural Chinese life tempered by the beauties of nature, and the blurriness of the postmarks heightens the impression of memory softened by nostalgia.