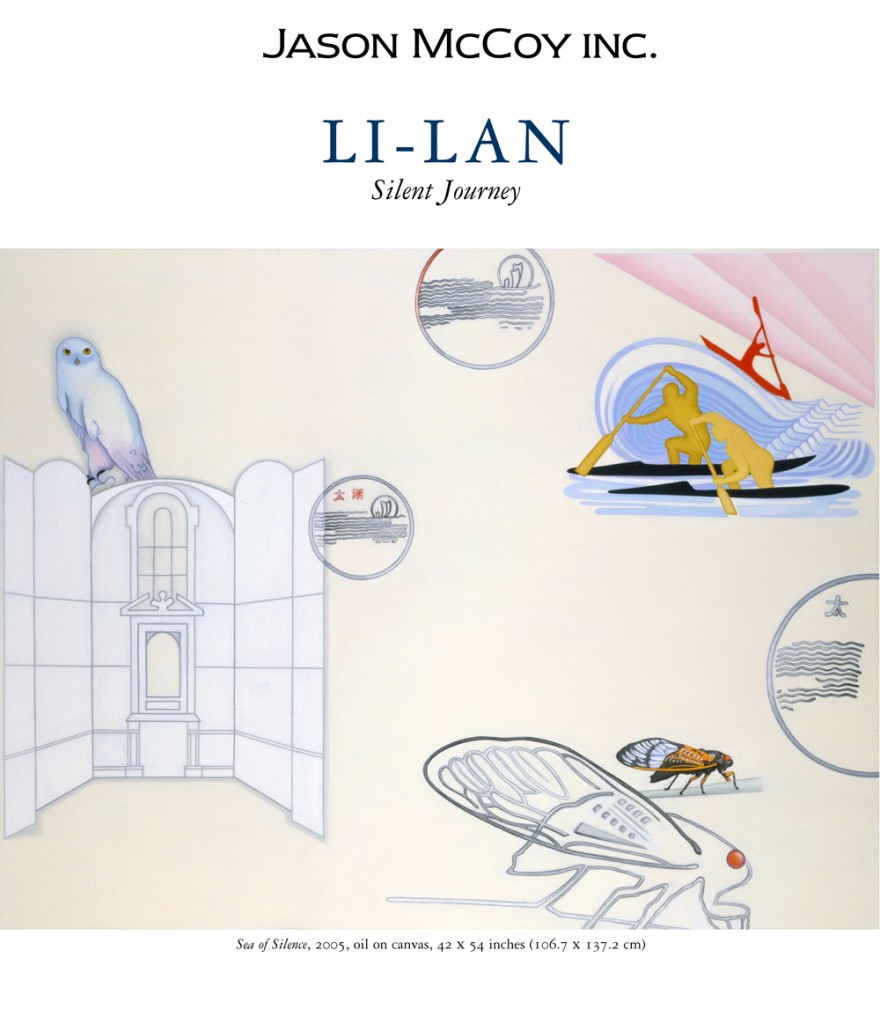 Because visual art is beyond words, it hands us nothing in the form of a statement.  But this is not to say that the meanings of art are vague.  What’s vague, for example, is the everyday intuition of the interconnectedness of all things.  Li-lan’s luminous art makes it precise and vivid.  So does the art of William Blake, with its densely intertwined anatomies.  Early in the previous century, collage did the same, defeating the fragmentation of its forms with the unities of its compositions.  If all things are connected, all visions of that connectedness are included in the network of meanings, and there is pleasure to be felt at every point in the pattern.   Or the pattern weaves itself as one notices how a work of art hangs together and thus invokes the world in full, as Li-lan’s paintings do, as much with blankness as with images.  This, I believe, is the point of her art: to guide us, with allusive economy, toward an inkling of all that is and a feeling that the existence of each thing depends on its link to everything else.