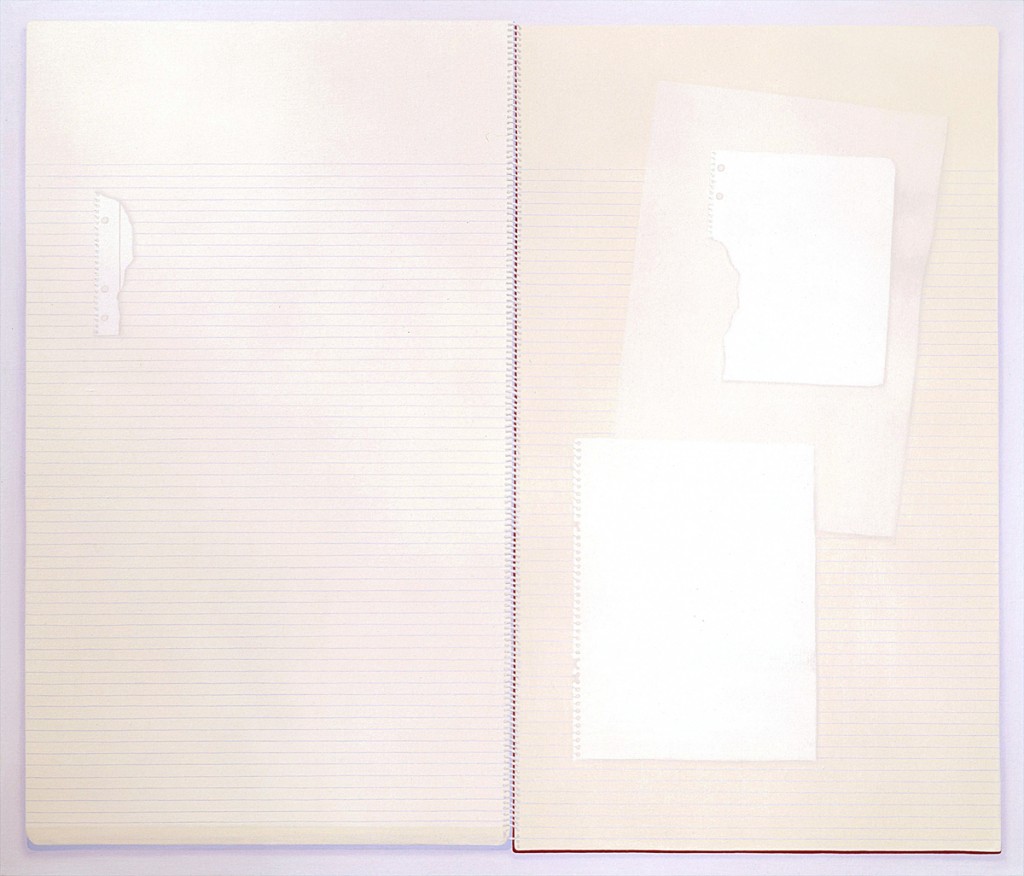 Up to the present, has anyone ever thought of painting paper on canvas? . . . much less white paper! Because paper is something to describe something on, never something to be described. But now Li-lan is painting paper. Enlarged notebooks, music paper, and sketchbooks, all blank. The white tabula rasa on Li-lan’s canvas is left completely blank so that the letters, words or musical notes which should be written there keep floating through space.

White: something should be written down. White: something should spring up. White: maintaining a generosity and gentleness that set off all colors, yet being so strict that not a single stain is allowed. Here we have white that reflects the shadows of unlimited nuances. It seems to me that the color white and this tenacity which presents a face-to-face challenge to the void expresses Li-lan’s personality perfectly.

Straight lines divide the white surface – the ruled lines of a notebook and the straight edges of paper cut by a sizing machine – and then the torn, irregular zig-zag of paper ripped by someon’s hands (probably her own). The contrasting lines accompany a bold composition which divides the entire surface in two with left and right either joined by spiral-note wire or bound together, and this is silent, this is strong.

For those who create, there is nothing more decisive than their encounter with their theme. How in the world did Li-lan come up with this theme which combines both sarcasm and humor? One day, three years ago in her East Hampton studio, she jotted down in her sketchbook, almost as though it were automatism:

Yes. The inspiration to paint paper on a void was born from this very emptiness, this nothingness, this lack of anything at all. The bright colors, human figures, chairs and eggs which had occupied her canvases up until that time all disappeared at a stroke.

Li-lan’s whole life revolves around painting. I have to say I feel that the woman who, within art history, has been no more than an object for male artists to paint, has now become the subject painter. If I may presume to speak arbitrarily, this is related to Li-lan’s selection of paper as a material to paint positively, paper which used to be no more than something to describe something on. 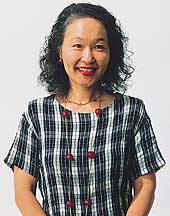 Kazuko Matsuoka is the Shakespeare translator whose work directors and actors in Japan most like to use.  She has translated numerous modern plays and novels and is a recipient of the Yuasa Yoshiko Prize for the Translation of Foreign Plays.