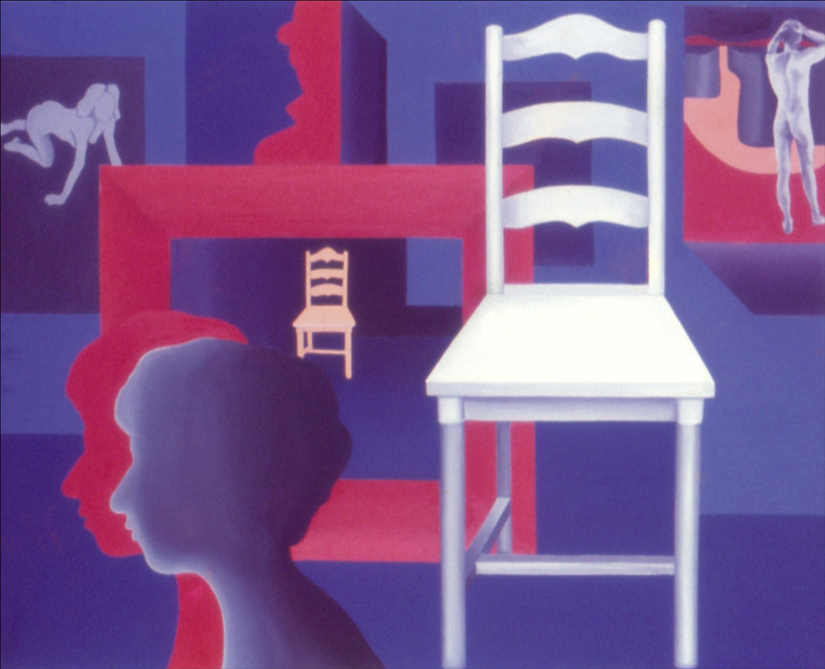 Recently, in your Tokyo studio, I saw the paintings for your first solo show. Your style had changed noticeably from the first time I saw your work in Berlin, and then in New York. Shadows of men, women and animals rise from the streets of the city. The scenes are sharply cut by cubes or surrounded by frames, like a play within a play. Sometimes women appear on a stage as if painted by Giotto or Botticelli, sometimes men materialize as if documented in Muybridge’s photographs, sometimes chairs and mountains emerge.

You present an intriguing montage. Simultaneously, the past and the present, fiction and reality, in which time has stopped – as in a vacuum of space or in the abyss of Eros. You seem to be groping beyond the fragments of a daydream for the archetypes of a treatise on happiness; indeed, a future Arcadia. 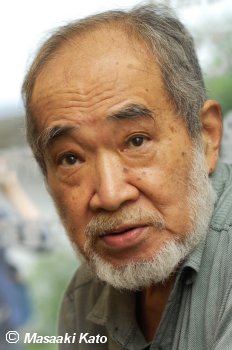 Ichiro Haryu was a Japanese art and literary critic.