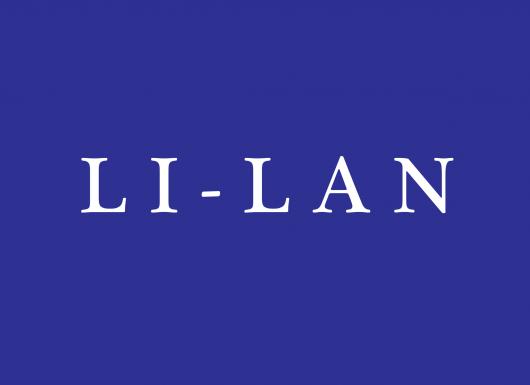 We are pleased to inaugurate the 2013 season with an exhibition featuring a selection of our contemporary painters. Each artist will be represented by one major new work; all of these works have been created specifically for this occasion.

Kenneth Blom’s paintings are characterized by a unique blend of architectural and figurative elements. His gestures are restrained and his spaces spare. His figures often merge with their surroundings, appearing forlorn and unfulfilled in the context of the world at large. This exploration of mood and dark sentiment has led critics to contextualize Blom’s oeuvre with Northern Melancholic Romanticism. However, Blom’s influences and associations are eclectic; he takes inspiration from the oeuvre of fellow Norwegian artist Edvard Munch, but also Dan Flavin and Gerhard Richter, for example. Meanwhile, Blom’s technique of utilizing photographs to enhance and distort a sense of realism is very much contemporary.

Glenn Goldberg’s compositions navigate between the abstract and referential. They manifest as dreamscapes and otherworldly spheres, where geometric concerns are finely balanced with explorations of the mythic and organic. At first glance, Goldberg’s shapes seem graphic and as clearly delineated as cut-outs. It is upon closer inspection however, that the expressive gesture of a free hand can be traced and the visual vocabulary appears increasingly natural. Goldberg’s formations evoke cosmic constellations, solar systems, plant forms, and labyrinthine environments. Rows made of miniature dots characterize each shape and tie the elements together like a stitched rhythmic code.

Terrell James’ abstract paintings are highly evocative. Like a stream of thought, they start out freely associative before being edited upon further contemplation. In the tradition of 20th Century abstract painting, James employs the immediacy of gesture and the spontaneity of impulse. James’s work is intimate and highly personal in that it describes what surrounds and moves her. In her compositions, which at times allude to landscapes, past and present converge and reflect the memory of a place. Shapes, colors, contours, sounds, and climate of the land, for example, become milestones for the artist’s imagination.

Kevin King’s paintings on copper reflect his fascination with nature’s eclectic forms and creatures. He is a collector, whose vast holdings of found and gifted objects include butterflies with spread wings, tree branches, seeds and beetles, making up a unique “archive”, from which King draws inspiration. His compositions are characterized by an incredible devotion to detail and nuance. Though rooted in representation, King’s paintings are not representative of our conscious reality. Instead, he combines and alters his subjects freely, often offering surrealist twists. To King, painting is a form of contemplation and a transformative agent. It is through painting that his subjects receive symbolic meaning and achieve longevity.

Nick Lamia’s paintings explore concepts of space by means of abstraction. Vibrant meeting grounds for opposites, they rhythmically contrast concrete shapes rendered in opaque hues with gestural marks and translucent layers. Lamia navigates between geometry and biomorphism, deep and shallow space, overt and restrained gestures, as well as saturated and de-saturated fields. The results are compositions, in which the eye travels from almost purist presentations of color to areas that evoke architectural drawings or map-like constructs. Though Lamia’s vocabulary at times alludes to aerial views of elaborate geographical formations or urban infrastructures, for example, it remains open to interpretation.

Li-lan‘s imagery has ranged from written and cross-cultural correspondence, such as letters, postcards, and stamps, to otherworldly places and Japanese folk tales of the Edo period. She prefers storylines that have neither a tangible beginning nor end. Female ghosts, animals, and airplanes have populated her compositions, floating in and out of simplified architectural structures. Known for works that manifest as poetic metaphors, Li-lan captures a world reminiscent of dreamscapes and fairy tales.  Meanwhile, her sense of mystery might evoke cinematic references, such as David Lynch or Wim Wenders. One might easily project oneself into these surreal and silent rooms that promise a first step towards the mysterious unknown.

The work of Victoria Neel is characterized by an occasional affinity for the bizarre. Revisiting figurative expressionism, Neel has developed a style that is both consciously naïve and clear-eyed. Her depictions of people, animals and mythic scenarios are far from innocent and document Neel’s particular interest in formal and emotional contrasts. In her compositions, beauty and destruction, capture and flight, as well as loss and gain, are always in close proximity. Recently, Neel’s work has developed in series. Each theme is explored in a multitude of drawings, not unlike still frames of a comprehensive film. This will be the first time that a selection of related works are framed to provide a coherent overview of Neel’s complex investigation.

Bryan Osburn’s abstractions navigate between layers of gestural biomorphic marks and clearly delineated forms. Associative, yet intentionally vague, they can evoke an array of folkloristic textures, ranging from Far Eastern to Latin American. Caspar David Friedrich’s romantic landscapes, Surrealism, as well as works of the 1940s and 1950s have impacted Osburn’s vocabulary and shaped his aesthetic. The latter is filtered through a keen interest in how the inescapable visual density provided by contemporary mass media can continuously lure and repulse us. Striving for balance and harmony, Osburn’s images manifest as landscapes that embrace the mysterious unknown.