Li-lan’s recent paintings represent immaculate, larger-than-life size, blank sheets of paper-lined and unlined pages of spiral notebooks, legal pads, music paper; but whereas this recurrent imagery is based on commonplace objects, in Li-lan’s work the unwritten pages become a visual metaphor for an evocative, undefined, non-objective world of mystery, while at the same time they retain their relationship to everyday things. In contrast to earlier paintings dating from 1973, in which pieces of paper appear and are enigmatically juxtaposed with several other recurrent thematic elements (in particular, nails and eggs) that are fraught with more specific meaning and associations, in the new oils the notebooks and paper have grown steadily in scale, gradually becoming equivalent to the two-dimensional picture plane itself; and conversely, the other images have disappeared.

Although these paintings may be linked with Super-Realism in their use of banal subject matter enlarged to monumental scale, and to Minimalism through the reduction of forms and limited palette, Li-lan’s personal approach is not adequately described by either form. Categorically, the artist does not consider herself a realist – for whereas “real” subjects drawn from her own everyday experience provide the starting point, she does not seek to accurately reproduce the forms; nor does she work with a prearranged motif set up in front of her or from preliminary drawings. Rather, the blank pages serve as points of departure from improvisation so that although the finished paintings are decidedly controlled and refined, the final image is arrived at only during the actual process of painting. Characteristically, Li-lan builds up the smooth surfaces with as many as five layers of oil paint, sanding each one when it is dry; applying the first three layers, she may add and alter various elements of the composition. 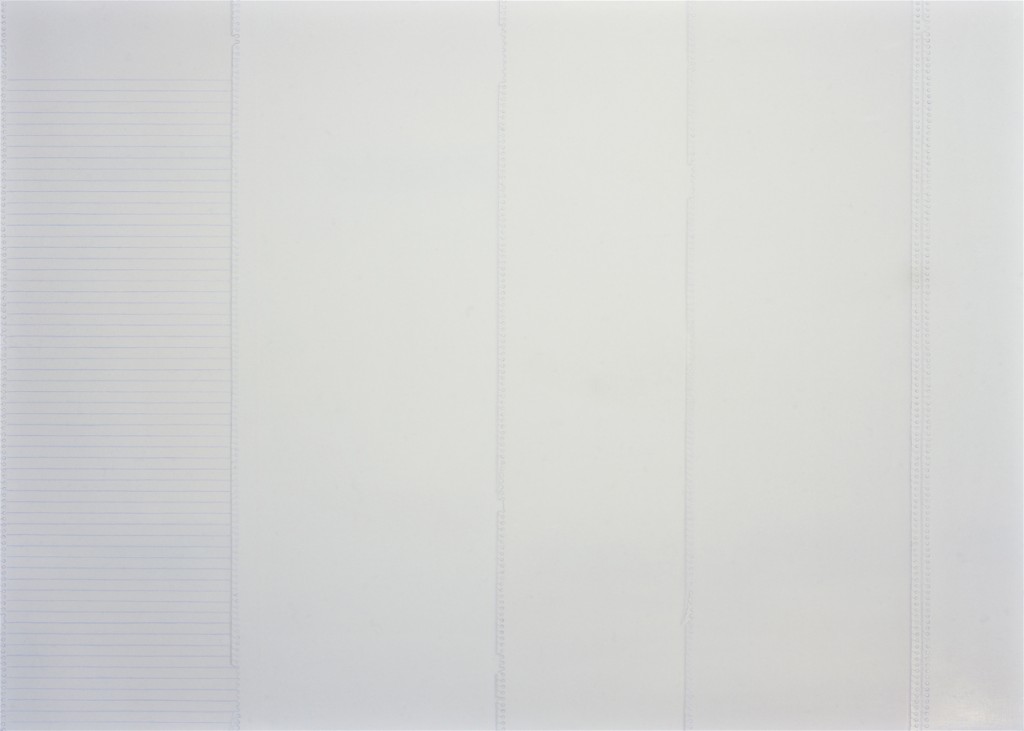 Moreover, the titles of individual works underscore a surrealistic concern with dreams and memory – for example, Yesterday’s Memories or Diary of Dreams – while others represent journeys, letters, songs. But specific autobiographical content is never stated and the pages are left notably blank. Thus, while it is significant to know that since 1968 Li-lan has lived periodically in Japan and that her autobiography, Canvas with an Unpainted Part, was published there in 1976, in her paintings the songs, letters and memos remain unwritten, and consequently they express the mystery of the unknown and of that which has not yet been created. In a sense, the imagery of the blank sheet of paper embodies and may be understood as an extended met0aphor for the art-making process itself; more particularly for Li-lan it represents the anticipation she feels when she approaches the bare canvas. In addition, by not writing down or drawing the particular places to which she travels, the words of the songs, or the images of her dreams and memories, Li-lan leaves the viewer similarly free to project his or her own thoughts and fantasies. 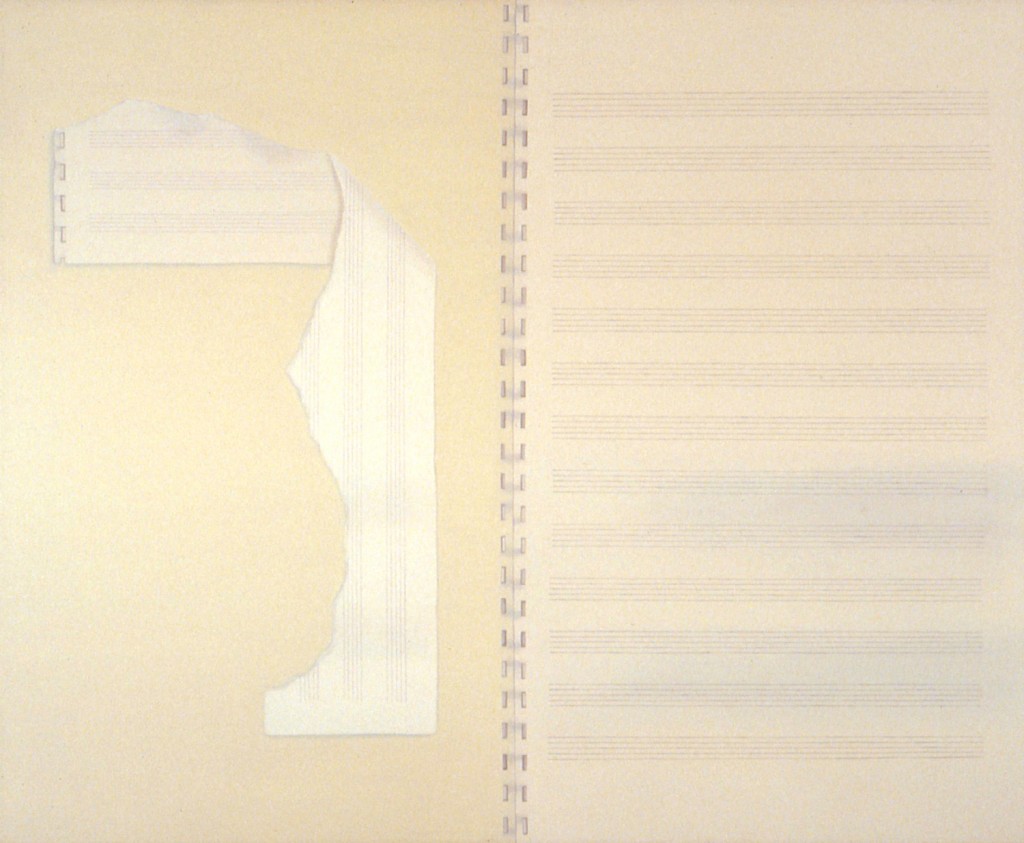 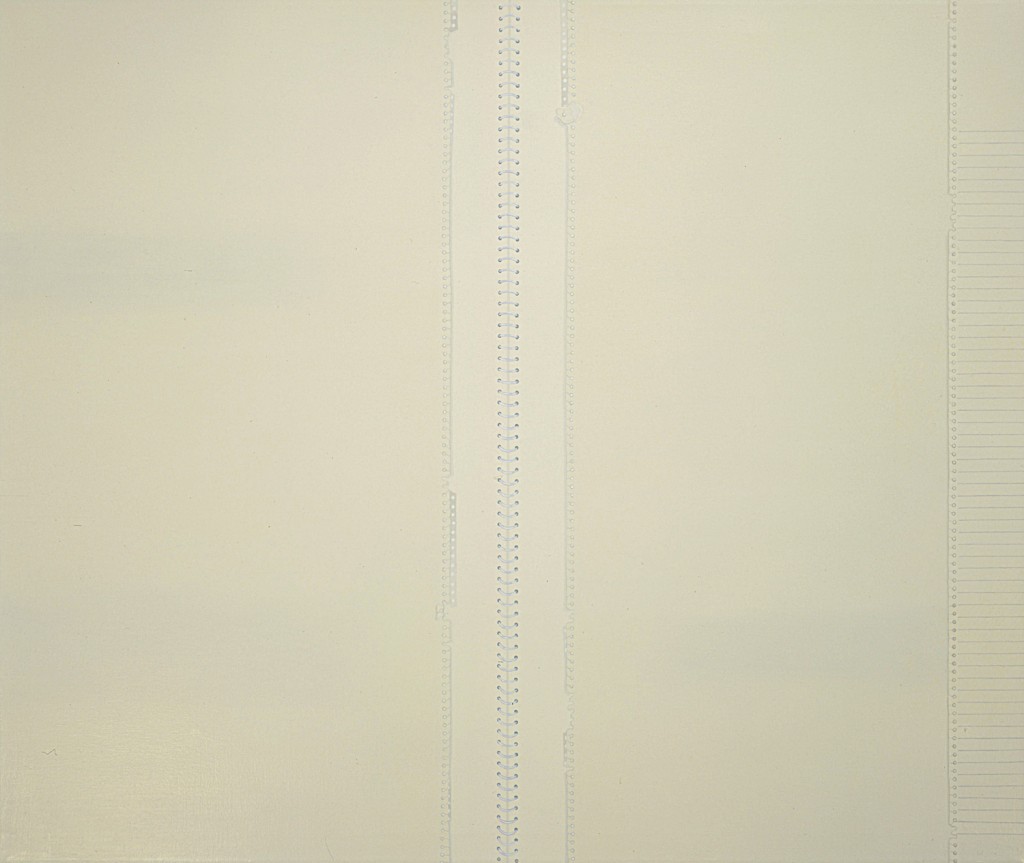 However, any anxiety she may experience at the outset of the painting is clearly resolved during the process of executing the work, and the overall mood is one of serenity achieved through the careful balance of forms and the use of a pale, close-valued palette of whites, off-whites, creams, and grays. Yet an important undercurrent of tension and anxiety remains visible in the presence of torn edges, irregular strips of paper, or upturned corners that counter the regularity of the compositions. For example, A Part of a Song and several other paintings feature a torn strip of paper carefully folded over in an inverted L-shaped configuration which is superimposed on the flat, open page of a notebook; while in others, such as An Unexpected Letter, the simplicity and purity of the composition is disturbed, infinitesimally but significantly, by the slightly frayed edges of the pages that have been torn from the spiral. In A Long Memo, an irregular torn strip at the bottom left corner breaks the stillness of the image; whereas Yesterday’s Memories, in which five sheets of paper that vary somewhat in width and tonality are juxtaposed horizontally, exemplifies Li-lan’s precise yet basically intuitive sense of proportion. 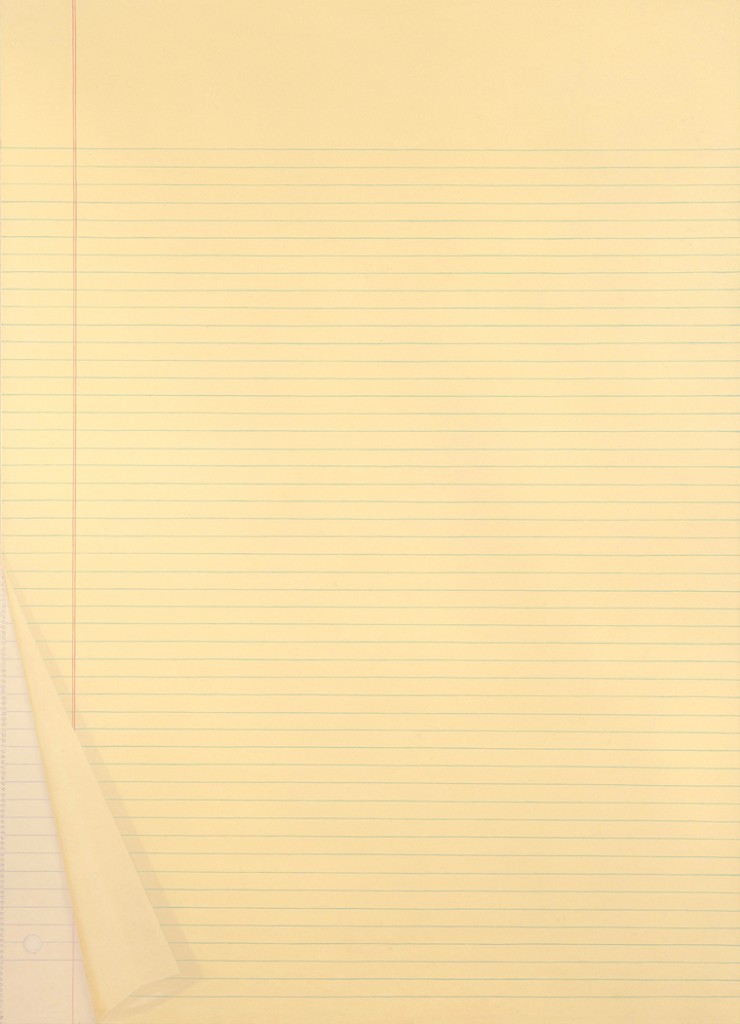 Similarly, the appearance of edges and lines in a stronger, contrasting color – for example, the red left-hand margin and the thin red band that forms the top edge of Someone Else’s Legal Pad or the blue and red bottom edges of Next Year’s Diary – are important accents on the otherwise neutral surfaces. These elements also define the relationship between the image and the boundaries of the support, and thereby emphasize the flatness of the surface rather than the illusionism or realism of the subject. Thus incorporating seemingly disparate qualities – intuition and control, tension and quietude, the commonplace and the surreal – Li-lan’s paintings constitute a vision which is restrained yet never remote or inaccessible.