This engaging exhibition brought together five of Li-lan’s recent oil-on-linen works and five of her pastels on paper. The show’s title, “Reflections of Kaidan,” came from two Japanese words: kai, meaning “strange, rare, or bewitching apparition,” and dan, meaning “recited narrative.” The paintings here were narrative puzzles in which Li-lan carefully reconstructed half-remembered tales from her childhood. Their mysteries may once have been harrowing; now, it seems, they appear to her as welcoming, even lovely. She is clearly comfortable with her ghosts and their stories. Indeed, all of the works, with their muted pinks, tans, and periwinkles, convey as sense of calm. 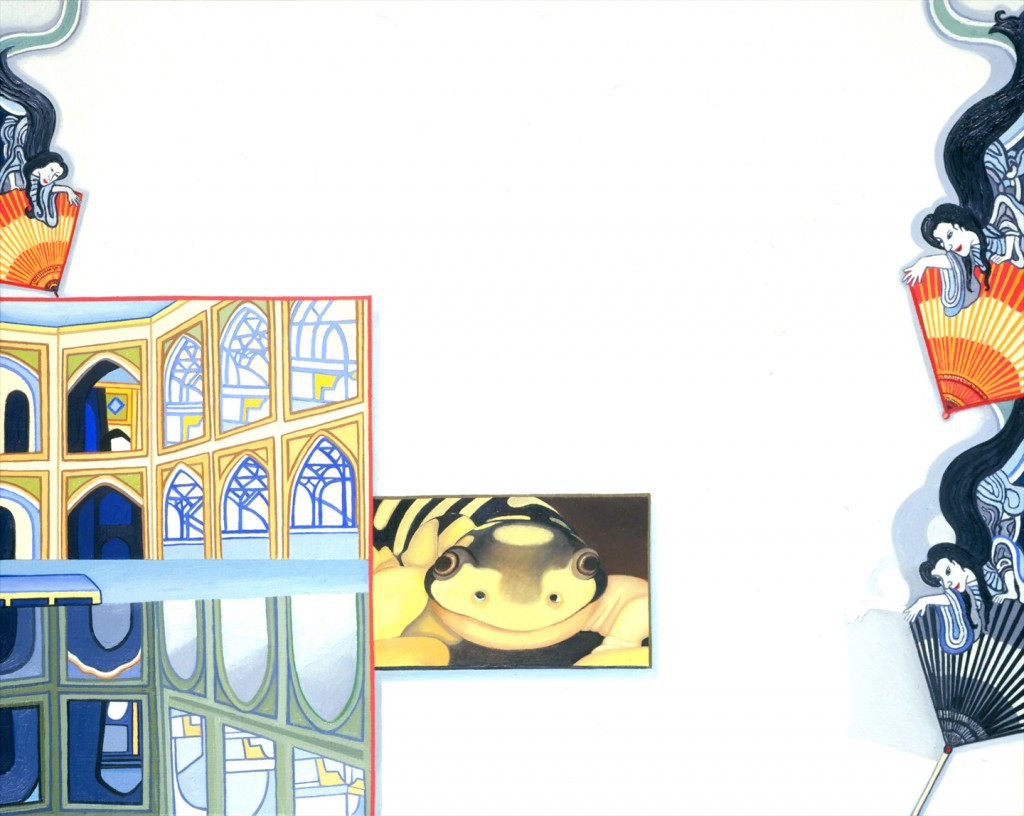 Li-lan creates magical spaces in which a piece of architecture or an oversize housefly plays a significant role in the story. We come upon her theatrical tales at their apparent midpoints and are left to wonder why, for example, the women with fans are encroaching from the border of the painting in Reflection: Rain in Moonlight (2008). And where does the gigantic corridor in Doors of Kaidan (2007) lead? Interestingly, most of the works here contained paintings within paintings, as if only Li-lan herself could piece the events together.

One thing is certain: each canvas depicts a world in which everything is in balance. Female ghosts are in their rightful places, and frogs and insects live harmoniously. The artist’s precise brushstrokes and the formality of the compositions add considerably to the prevailing serenity. Empty spaces on the canvases, as deliberate and expressive as the pauses in a Harold Pinter play, often contribute as much to the narrative as the colorful depictions of rooms and archways. Li-lan’s works, like memory itself, are simultaneously fixed and fluid. They’re definitively unfinished.