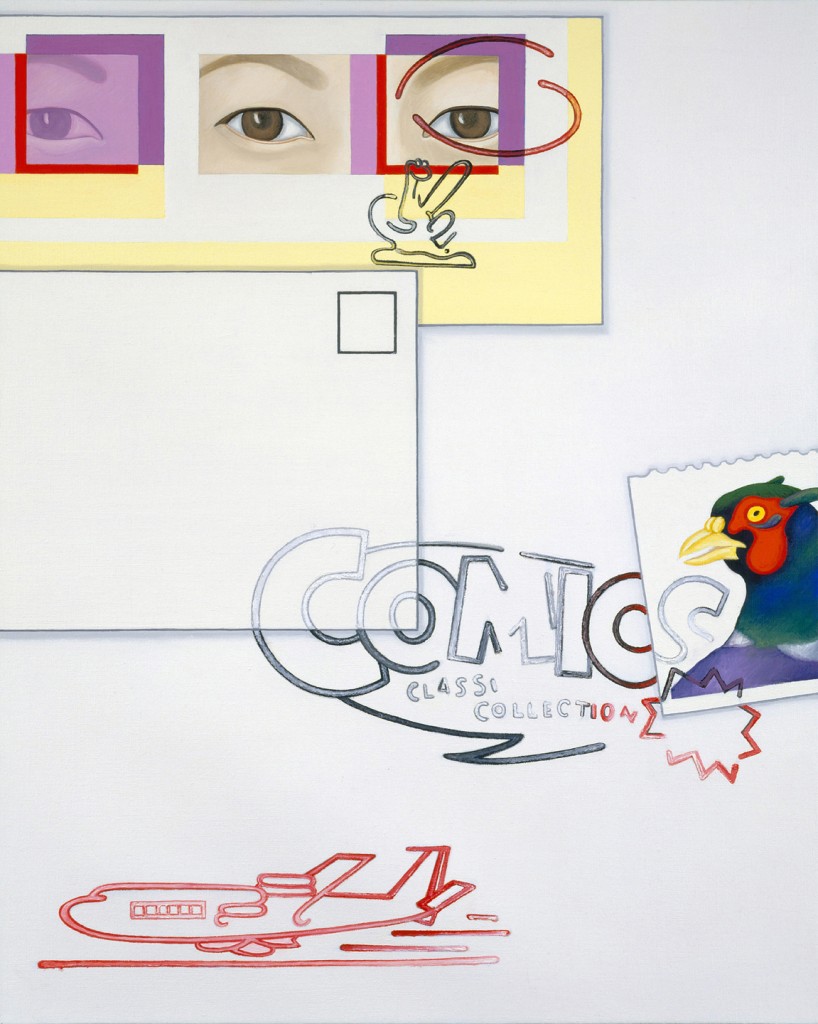 The empty canvas speaks to me: the blankness anticipates a beginning.  And in that stillness, I find a place for meditation. Intuition plays an important role in my painting.  Images of stamps, planes, animals and fragments of architecture work themselves into the canvas without premeditation.  I contrast the various motifs with paper that has yet to be filled in.

By using representations of buildings, bridges, and other monuments, I dramatize the tension between the flatness of canvas and the vast, three-dimensional spaces defined by architectural forms.  I juxtapose the patterning of postal ephemera with imagery that ultimately shuttles the viewer from examining the minutiae of a stamp’s ragged edge through vast architectural spaces of foreign lands.  A postmark might overlay an image from an entirely opposite end of the world, highlighting the cross-pollination of contemporary globalization.

This emphasis on communication across cultural boundaries has a personal resonance, often allowing my works to function as self-portraiture.  I have included in some pieces an image of my eye fashioned into a repeating stamp motif.  It functions not only to represent my own unique vision as an artist, but also references to how others perceive me.  Western culture typically uses the eyes as a defining physical feature of Asian identity.  Enmeshed in a pastiche of overlapping places and moments, the eyes join with other images from all over the world to form a complex picture of how we define ourselves as individuals in a global context.