At Eric Firestone Gallery, “Hanging/Leaning: Women Artists on Long Island, the 1960s-80s” is on view through June 26 and was inspired by the gallerist’s historic catalog find.

It started with an exhibition catalog from the 1970s—one with eerily contemporary work and the names of two largely overlooked female artists, Eva Hesse and Nina Yankowitz. Both had been rightfully featured in the 1970 Emily Lowe Gallery exhibition in Hempstead, New York, but their work had been victimized by systematic failure. Female artists in the 1970s—especially those finding creative inspiration outside of New York City—rarely found a market foothold and, to Eric Firestone, needed a proper reintroduction for today’s audiences. For Firestone, the catalog was a catalyst and a moral obligation to reignite dialogue around Yankowitz and Hesse, and present them amongst their peers in the gallery’s current show, “Hanging/Leaning: Women Artists on Long Island, the 1960s-80s.”

Firestone was sold when Yankowitz pulled out Sagging Spiro (1969) from her “Draped Painting” series of linen panels. “They feel so relevant and fresh and in dialogue with multiple artists,” says Firestone. “Once people know about this work. I think it’s going to be a revelation.” The mixed media piece, which hangs front and center of Firestone’s Newton Lane outpost in East Hampton, sings with the same harmony as Sam Gilliam and Katherine Grosse, though Sagging Spiro predated the artists by three and 30 odd years, respectively. The work is a perfect introduction for the mixed-media exhibition, which plays with Long Island’s geographic surroundings, the beat-poet vibe of the ’60s- and ’70s-era Hamptons and general energetic joy in the unsung.

“Hanging/Leaning: Women Artists on Long Island, the 1960s-80s“ highlights a sincere desire to spark new conversations about the featured artists spread across its gallery location and its new 7,000-square-foot warehouse down the same street. “I’m going to use this show’s platform to get the visibility that the art hasn’t had,” Firestone assures me, “it is what the work deserves.” Indeed, he has pulled off a curatorial achievement steeped in the local mythos. There is Miriam Schapiro’s masterful computer examination and fan work created while in Wainscott and Lucia Wilcox’s Amagansett work after the sudden onset of blindness in 1973. (As noted by Firestone, the work would inspire Willem de Kooning’s blindfolded paintings.) A rich history of East End art collectives and residencies, including Eastville Artists and Montauk, are referenced through Lucia Wilcox and Kay WalkingStick while Sheila Isham and Li-lan credit burgeoning nature-based practices to their move out East from New York City—a poignant move that feels more like a homecoming than retrospective.

In both curation and work itself, there is activeness in the exhibition, a testament to Firestone’s academic rigor. “You gotta do the work. There are no shortcuts with this. You have to research, you have to spend time, you have to legitimately present yourself to artists that might be suspect, or estates that might be suspect of who you are, and what your intentions are,” explains Firestone,  “You have to show them why and how you’re engaged with this work.” It’s a passionate plea from a curator solid in his ethos—a refreshing take within a contemporary market focused on the new. And yet, for those apprehensive on the modernity of the exhibition, don’t be derailed. “Hanging/Leaning” is a step inside the history books that somehow feels remarkably new. 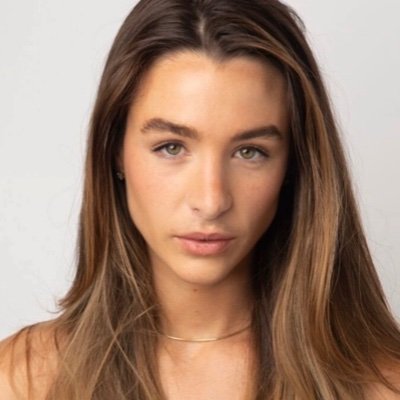 Alexis Schwartz writes about sensational social phenomena and the forces that allow them to happen.