May 2019 • Tina Keng Gallery at Frieze New York with work by Li-lan, Yun Gee, Tony Wong and others 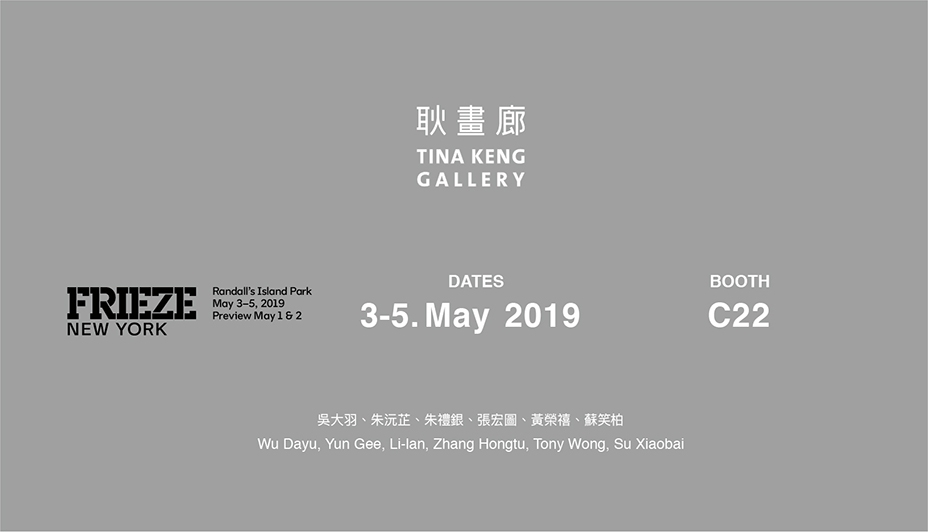 “The best way to know yourself is through the other.” — Gao Minglu

Contemporary (postmodern) art originated in the West, and was mainly developed in the Chinese art circle towards the end of the 1980s. At the other end of the cultural axis, the artists from Asia distill a perspective of “the other” from contemporary art theories constructed in Europe and America, re-examining and consolidating the core of their thousands-year-long culture.

Nowadays, contemporary Chinese art deconstructed from a pan-Western perspective is no longer only about differentiating visual expressions, but also about creating an independent conjugate effect that resonates with Western philosophy and art in the two-way exchange of Eastern and Western art that have become increasingly globalized.

The cultural parallels and contrasts between the East and the West are not binary — sometimes disrupted, other times overlapped, but they always complement each other through subtle multi-directional interactions, allowing the horizon of contemporary art to expand beyond the boundary of a single cultural system.

Delving into the past hundred years of Chinese art, this presentation aims to create a relevant context of modern and contemporary Chinese art that both inherits and deconstructs cultural legacy, while looking back at the junction of Western contemporary art and Chinese art through a creative lens that blends Eastern and Western philosophy, ultimately in search of more artistic possibilities.