This exhibition of works by New York artist Li-lan featured 15 beautifully crafted paintings and pastels meticulously depicting postcards and envelopes, each set against the creamy white ground of a blank page. Often including indications of a foreign origin or destination, each bore a combination of canceled stamps and postal-service marks, but all lacked on crucial postal element: an address. 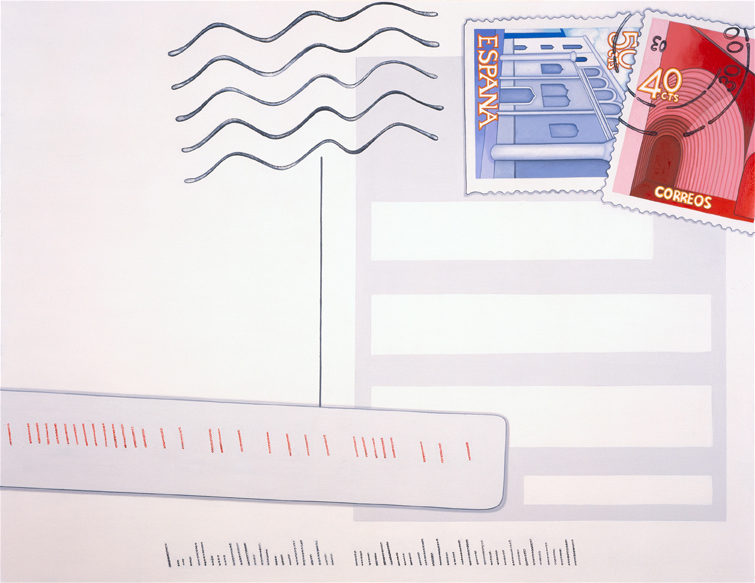 In the large-scale painting España: Monumentos (1999), Li-lan shows the blank side of a postcard. Two canceled Spanish stamps, a blue one and a red one, both printed with renderings of architectural landmarks, colonize the upper right corner of the painting like tiny windows onto foreign real estate. 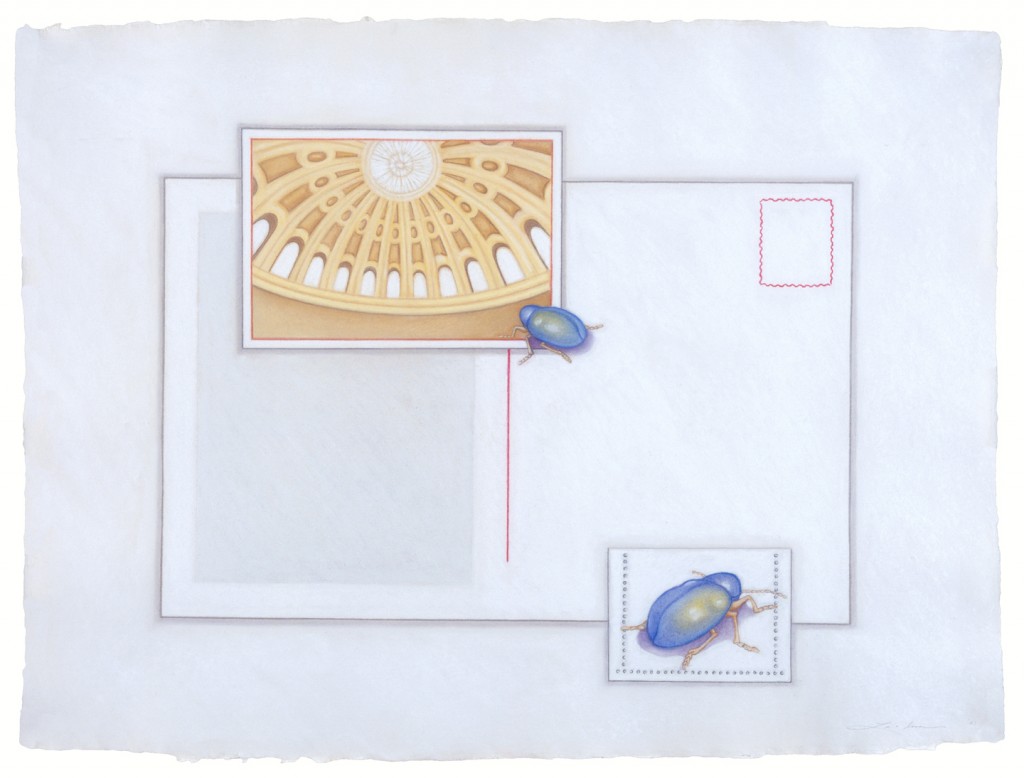 The pastel Postscript (2001) also shows the blank side of a postcard. Above it is a smaller-scale drawing of the front of another card, showing the rotunda of an unnamed monument. A blue-and-green beetle strides from one card to the next and is reproduced on a stamp just below. This work shows how Li-lan returns a sense of originality to the subjects of reproduction. 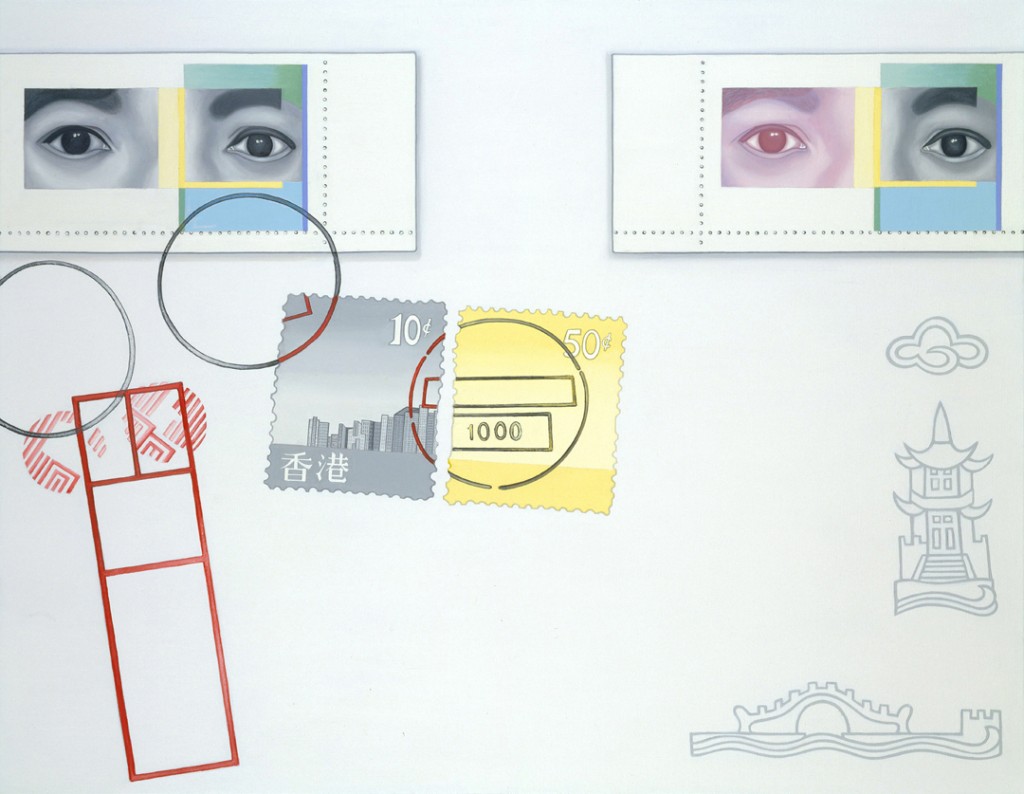 In Two Views Bridged (2000), the artist painted two canceled stamps on the outside of a white envelope decorated with cartoons of a Chinese monument. Each of the stamps shows an eye staring defiantly at the viewer. Li-lan included bits of perforated paper from the stamp booklet, as if to remind viewers that the eyes are not so much eyes but pictures of eyes on stamps. Still, they give an individual face to the missives, even if only fleetingly.

As simple as they appear, these works manage to convey complex feelings of absence, separation, and longing.